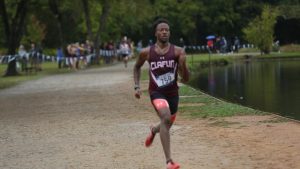 The Panthers were hampered by injury through the meet, but it gave the younger team members a chance to step things up. Sophomore Chandar Anderson had his best finish of the season when he placed 15th with a 35:50.0 in the men’s 8K run. Freshman Darius Holmes added a 20th place finish with a 36:59.0 and fellow freshman Clarence Smith added a 21st place finish with a 37:33.0. 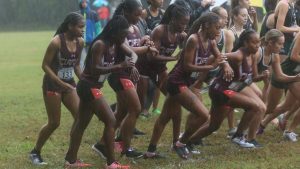 The Lady Panthers continued to show improvement as the team heads closer to championship form as well. Freshman Madison McDonald earned her first top-ten placement of her career when she placed seventh with a 23:41.0 in the women’s 5K run. Senior Esther Chukwunwike placed 16th with a 24:37.0 to place 16th while senior Sky Buie-Cox placed 20th with a 25:05.0.

The two teams will now turn their focus towards the 2021 Central Intercollegiate Athletic Association (CIAA) Men’s and Women’s Cross-Country Championship Meet on October 27, 2021. The two teams will head to Salem, Virginia to compete for the conference title.