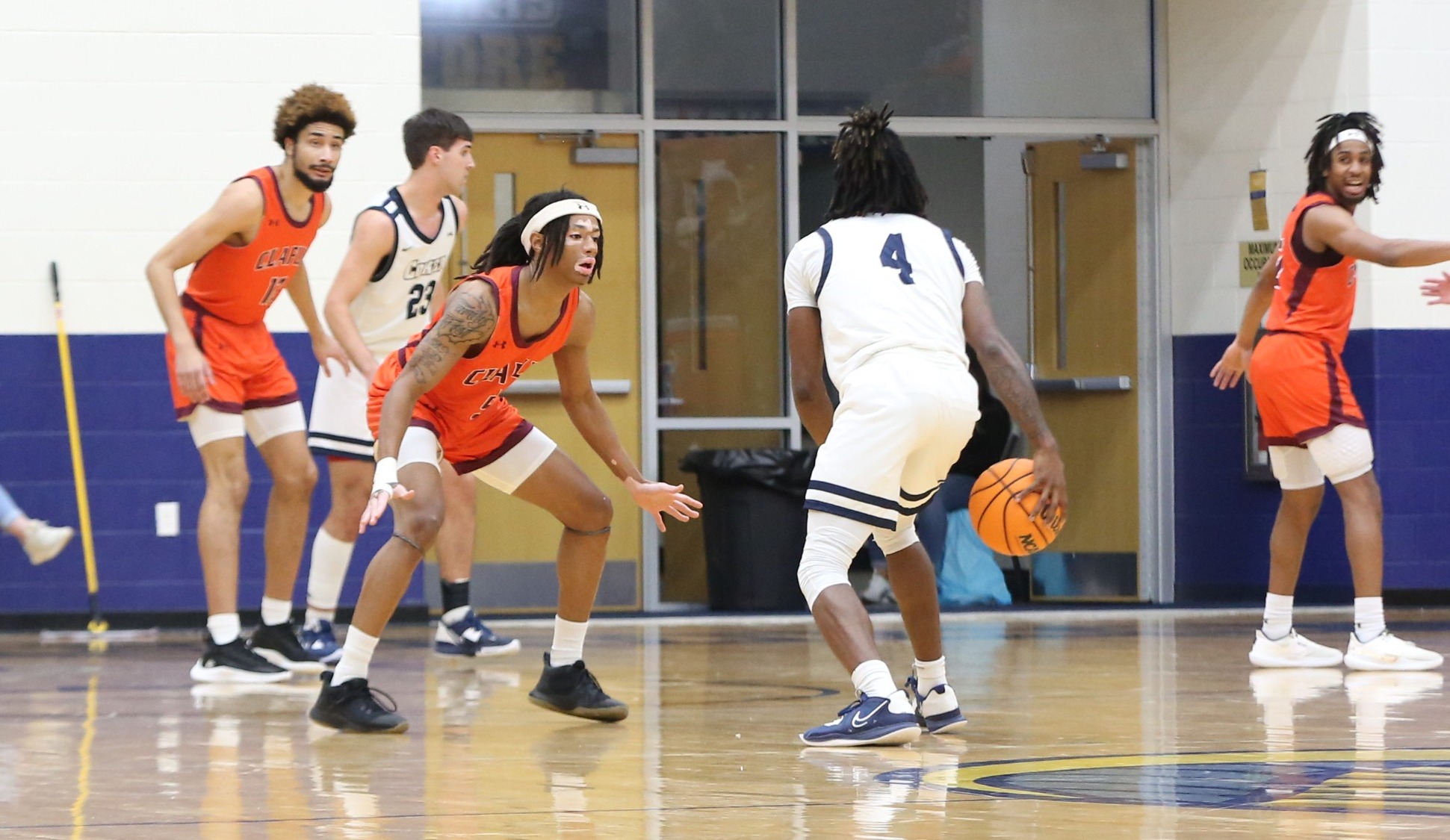 MORROW, GA (December 31, 2023) – The Claflin Panthers (10-1, 1-1 CIAA) ended the year on a high note when the team took a thrilling 85-84 overtime road win over the Clayton State Lakers (2-9, 0-1 PBC), Saturday afternoon. The team took the win behind a balanced offensive attack alongside some terrific defense for their 10th win of the season.

It was a great overall effort by the Panthers that led to the victory. As a team, the Panthers had a solid effort, shooting 45.2% (33-of-73) from the floor. The team also added a strong defensive effort that saw them hold the Lakers to shooting just 37.2% (29-of-78) from the floor. Claflin junior guard Jailen Williams led the way with a double-double 25 points and 13 rebounds to lead the team. Senior guard Shyim Cunningham added 19 points in the game.

In the early going, it was the Panthers who led the way as they battled to remain control throughout the first half. The Panthers looked in control as a Williams three-point play gave the Panthers their largest lead of the half, 33-25, with 1:18 left in the period. Though the Lakers would close the half strong, the Panthers took a 33-29 lead into the locker room at halftime.

In the overtime period, it was Williams who would lead the charge and power the Panthers to the win. After a three-pointer from senior forward Shamarie McLoed gave the Panthers an 81-80, lead with just over a minute left to play. From there, Williams would close out the game, scoring four unanswered points to give the Panthers an 85-81 lead in the final seconds. The scores came on a jumper and a pair of clutch free throws that sealed the win. Though the Panthers would allow a Laker three-pointer in the final seconds, the team was able to pull out the clutch win.

With the win, the Panthers improve to 10-1 overall. The team will return to action when they begin a Central Intercollegiate Athletic Association (CIAA) Northern Division road trip. The team will open the trip against the Virginia Union Panthers, Thursday.