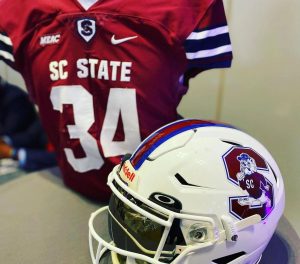 The announcements were made Friday (July 29th ) at the MEAC’s annual Media Day held at the Hilton Norfolk The Main.

The Bulldogs open the 2022 campaign on September 1stth  on the road  in the season-opener versus FBS foe  Central Florida in Orlando, Fla. Kickoff is TBA p.m. (EST)

2022 MEAC Football Predicted Order of Finish/Preseason Players of the Year
(The predicted order of finish, preseason players of the year, and preseason All-MEAC teams were voted on by the league’s head football coaches and sports information directors)