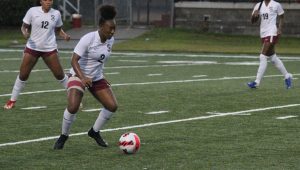 Gardner-Webb scored two goals in the first half and three goals in the second half with the final goal scoring off of Robin Jackson in the 89th minute off of a pass from Makenna Stickler up the middle.

SC State will take on Virginia Military Institute in a home battle on Sunday, Oct. 3 with first kick at 1:00 p.m.