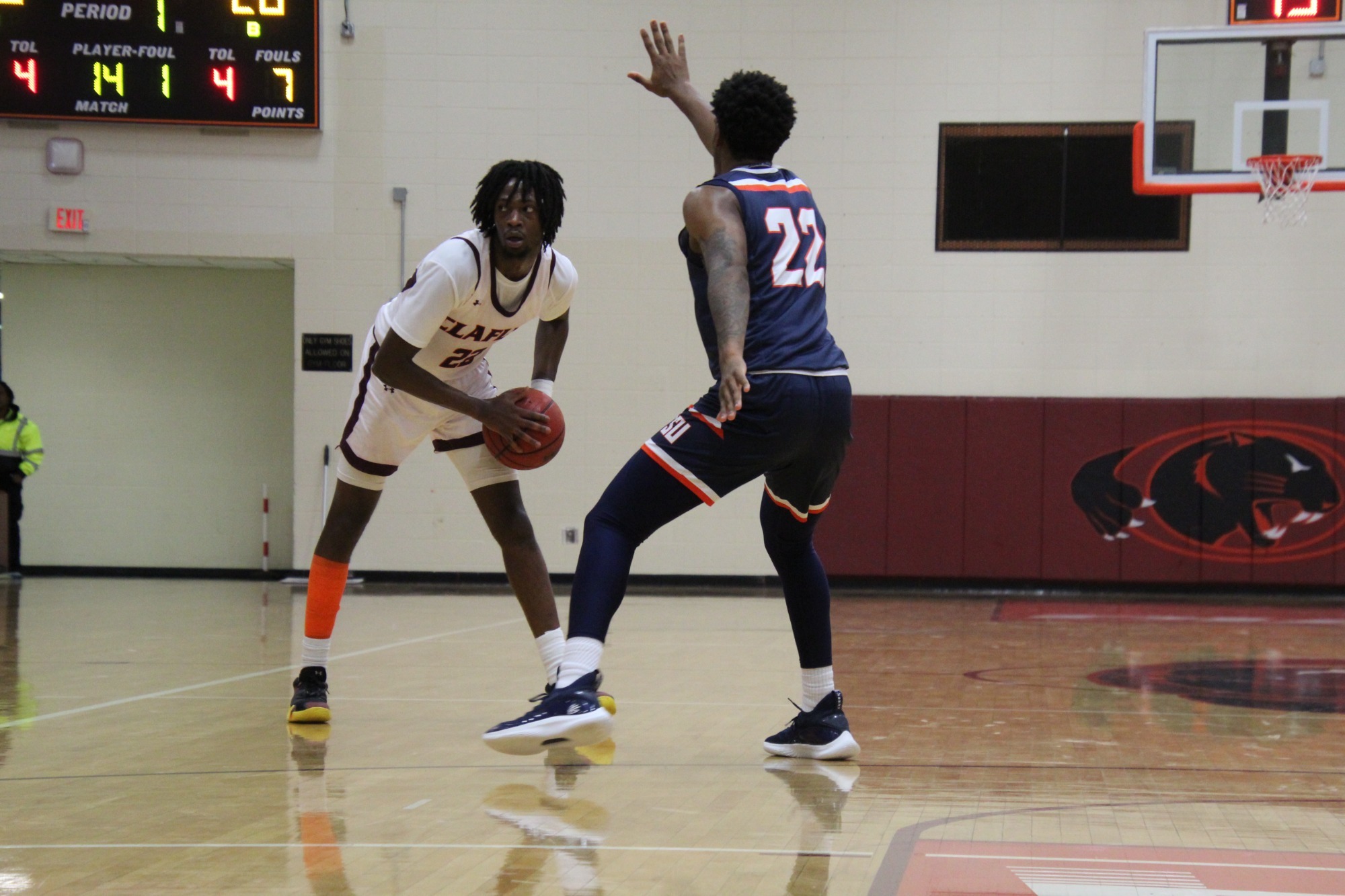 The Panthers took the loss behind a great balanced effort. Four Panthers reached double-digit scoring in the loss. As a team, the Panthers were held to shooting 40.0% (22-of-55) from the floor. The team struggled at the free throw line as well, shooting 63.0% (17-of-27) from the free throw line. Claflin junior guard Jailen Williams and senior forward Shamarie McLeod both scored 16 points each in the game while senior forward Shyim Cunningham and junior guard Daijohn Stewart both added 11 points each.

The Panthers never recovered from a slow start to the game. Midway through the first half, the Panthers found themselves trailing by eight points, 16-24. The team would cut their deficit down to just four points, 26-30, after a McLeod jumper with 4:58 left in the first half. However, in the final minutes of the half, the Panthers found themselves trailing, 26-37, before a Williams jumper at the buzzer left the team with a 28-37 halftime deficit.

In the second half, the Panthers continued their efforts to regain the lead, but the team would not get the shots that they need to pull out the win. The Panthers fell into their largest deficit of the game, 33-47, before staging a furious comeback effort. A Cunningham lay-up with 3:33 left to play cut the Panthers’ deficit down to just four points, 61-65. Unfortunately, the Panthers would get no closer as they allowed the Trojans to pull away late and sealed the 74-68 loss.

With the loss, the Panthers fall to 9-1 overall and 2-1 in CIAA play. The team will return to action on December 31st when they head to Morrow, Georgia to take on Clayton State. For more information on Panthers basketball, contact the Claflin University Office of Athletics Media Relations at (803) 535-5548 or log on to www.athletics.claflin.edu.