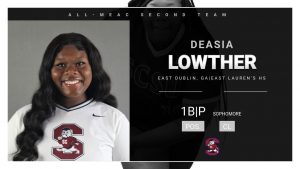 All awards were voted on by the conference’s head coaches and sports information directors.

In addition, Morgan State and Norfolk State tied as the preseason favorites to win the 2022 MEAC softball regular-season championship.

The 2022 MEAC Softball Championship will be held in Norfolk, Va. on the campus of Norfolk State University May 11-14.

The 2022 MEAC softball season begins the weekend of Feb. 11-13, when six of the conference’s eight softball-playing institutions are in action.
2022 MEAC Softball Predicted Order of Finish
(as voted on by the league’s head coaches and sports information directors)