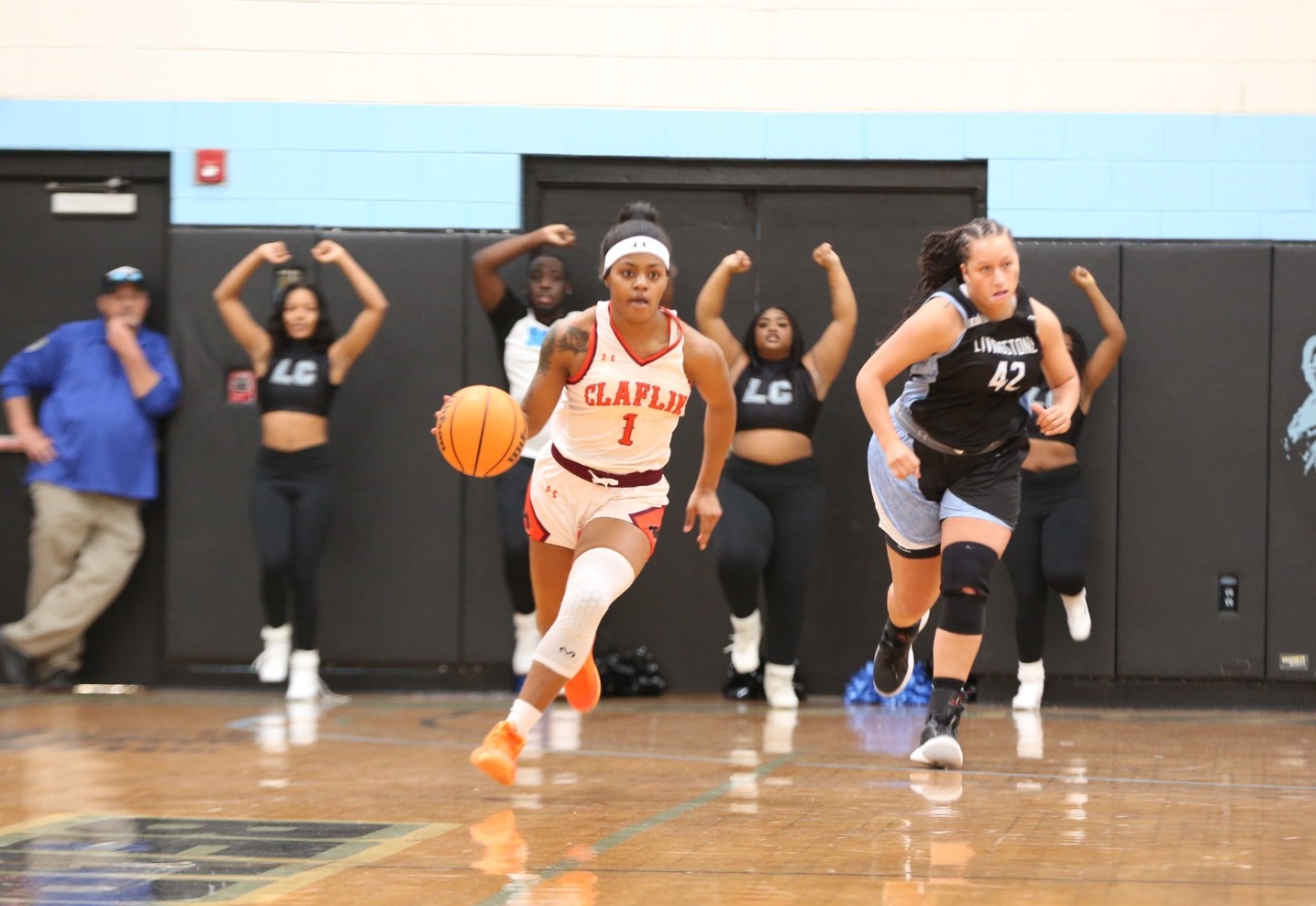 SALISBURY, NC  (January 15, 2023) – The Claflin Lady Panthers (9-5, 3-4 CIAA) took their third straight loss, Saturday afternoon when the team took a 60-55 road loss to the Livingstone Blue Bears (4-11, 1-6 CIAA). The Lady Panthers showed some great play at times, but the team could not overcome a slow start to the game in the tough loss.

The points were hard to come by for the Lady Panthers as they struggled to make shots on the road. As a team, the Lady Panthers were held to shooting just 37.5% (21-of-56) from the floor, including shooting 36.4% (four-for-11) from the three-point line. Claflin sophomore guard Nya Morris led the way for the team with 13 points in the game. Fellow sophomore guard Janelle Sample added 12 points. Senior forward Janell Horton had a solid game with a near double-double nine points and eight rebounds.

The Lady Panthers’ struggles continued in the second half. In the third quarter, the team fell behind by as many as six points, 33-39, with 2:09 left. The team was able to make a late run and headed into the fourth quarter, trailing, 42-38. The fourth quarter was especially tough for the Lady Panthers. The team trailed by as many as 10 points before beginning a late comeback effort. The team was able to cut their deficit down to just three points, 58-55 after a free throw from sophomore forward Morgan Kelson with just five seconds left, but in the end, the Lady Panthers ended the afternoon with the 60-55 loss.

With the loss, the Lady Panthers fall to 9-5 overall and 3-4 in Central Intercollegiate Athletic Association (CIAA) play. The team will return to action, Wednesday, when they host the Winston-Salem State University Rams. For more information on Lady Panthers basketball, contact the Claflin University Office of Athletics Media Relations at (803) 535-5548 or log on to www.athletics.claflin.edu.