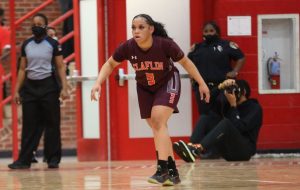 The loss came despite one of the best offensive games of the season for the Lady Panthers. The team totaled 69 points but were held to shooting just 38.7% (24-of-62) from the floor. Freshman guard Blesseth Dillingham led the way for the Lady Panthers with a career-high 17 points in the game to go along with five assists. Junior forward Breanna Price added 14 points with a team-high seven rebounds. Fellow freshman Lauren Scott added 13 points.

With the loss, the Lady Panthers fall to 4-15 overall and 3-7 in Central Intercollegiate Athletic Association (CIAA) play. The team will return to action, Wednesday, when the team hosts the Savannah State Tigers in a 5:30 p.m. game.