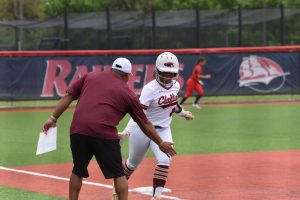 Claflin senior Shaniya Thomas (10-7) picked up the pitching win after starting the game and going all seven innings. She finished the game with two runs allowed (none earned) on four hits with four strikeouts and just three walks in the game.

With the win, the Lady Panthers will go on to face the #2 Seton Hill Griffins in the championship game of the 2022 NCAA Division II Atlantic Region Tournament. The two teams are set to begin at about 11:35 a.m. For more information on Lady Panthers softball, contact the Claflin University Office of Athletics Media Relations at (803) 535-5548 or log on to www.athletics.clafin.edu.