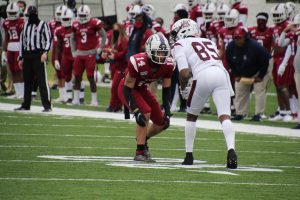 HOLLYWOOD, Calif. – The Los Angeles Rams have selected South Carolina State defensive back Decobie Durant with the 142nd overall pick in the fourth round of the 2022 NFL Draft.