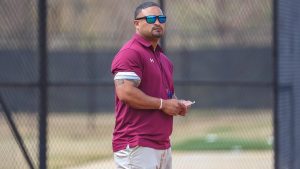 CHARLOTTE, NC (May 2, 2022) – After hitting the ground running and leading the Claflin Lady Panthers softball team to a stellar performance during the 2022 season, the honors are coming in for softball head coach Jose Gonzalez as he was named the Central Intercollegiate Athletic Association (CIAA) Softball Coach of the Year.

Gonzalez earned the honor after a stellar performance during the 2022 season. Despite taking the reins of the program in the middle of the fall semester, Gonzalez led the Lady Panthers to a 17-13 overall record and a dominating 15-1 record in CIAA play, including going 9-1 in CIAA Southern Division play and claiming the 2022 CIAA Southern Division Championship. The team also dominated the post-season conference awards with seven Lady Panthers earning spots on the 2022 CIAA All-Conference team. Five Lady Panthers earned first team all-conference honors with two second team all-conference honorees. The honors also included senior Bre’Zhay Chambers who was named the 2022 CIAA Pitcher of the Year while freshman outfielder Kennedy Baskerville was also named to the 2022 CIAA All-Rookie Team. 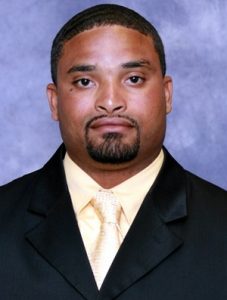 With the regular season honors in hand, the Claflin Lady Panthers will turn their attentions to the post-season when team hosts the quarterfinal round of the 2022 CIAA Softball Championship Tournament. The top-seeded Lady Panthers will host the eighth-seeded Johnson C. Smith Golden Bulls in an 11:00 a.m. game.