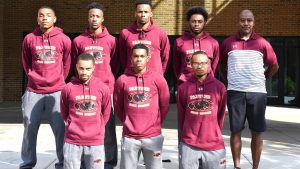 “The men’s team ran well. Sophomore Caleb Patterson and freshman Chandar Anderson both showed improvements over the last few weeks,” said Claflin cross country head coach Garon Jackson said following the meet. “I’m happy, but not satisfied with where we are right now. I can see the work and the results will always show improvement.”

Competing against some of the top teams in the southeast, the Panthers were able to put on some impressive performances at the meet. Sophomore Caleb Patterson led the way for the Panthers when he ran an 18:01.34 in the men’s 5K run while freshman Chandar Anderson came in with a 12.66.

The Panthers will return to action next Saturday when the team heads to Rock Hill, S.C. to take part in the Winthrop/Adidas Invitational.