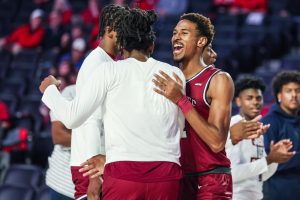 Rahsaan Edwards added 9 points and Cameron Jones finished with seven (7) before leaving the game due to an injury in the win.

South Carolina State led in several categories throughout the evening including bench points (27-17), points in the paint (22-18) and second chance points (22-15).