Bulldogs Knock Off Bison At Home 58-55 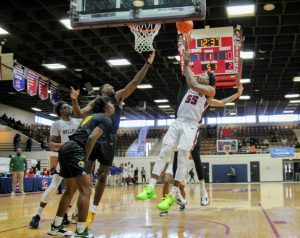 Omar Croskey led the way with 16 points and three (3) rebounds, while teammates Jemal Davis added 13 points and six (6) boards. Deaquan Williams recording the games only double-double with 10 points and 11 rebounds in the win.

Freshman T.J. Madlock provided a solid performance in 34 minutes of play with five (5) points and 10 rebounds.

Despite the close score, the Bulldogs dominated in several categories including points in the paint (30-16), points off turnovers (16-12) and second chance points (15-9).

UP Next for SC State
South Carolina State women will return back to the court on Monday (Feb.7th) in the second of a doubleheader versus league rival North Carolina Central in a 7:30 p.m. start at Smith-Hammond-Middleton Memorial Center.