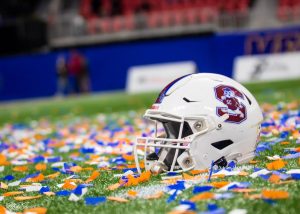 Florida A&M begins the season No. 3 while defending SIAC champion Albany State rounds out the top five. Southern and North Carolina A&T who did not finish in the top 10 of the final poll of 2021 begin the season at No. 9 and No. 10, respectively.

The BOXTOROW Media Poll is administered by FROM THE PRESS BOX TO PRESS ROW and in its 16th year, is voted on by media members around the country who cover HBCU football.