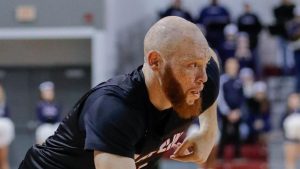 AUGUSTA, GA (December 2, 2021) – The Clalfin Panthers (1-5) gave a great second half effort, but the team could not quite do enough to avoid a 77-53 road loss to the #10 Augusta Jaguars (6-0), Thursday. Though the Panther outscored the Jaguars in the second half, the team could not overcome a slow start in the first half.

The Panthers gave a strong effort on the court, but the effort did not show up in the box score in the loss. The Panthers had a solid shooting effort in the game, shooting a solid 39.3% (22-of-56) from the floor. Senior forward Isaiah Jennings led the way for the Panthers with a season-high 23 points and five rebounds in the game. Graduate guard Noah Jenkins added 12 points as well. Senior forward Romero Hill led the Panthers’ rebounding effort with six rebounds in the game. Freshman center Marquez Ray added eight points with five rebounds.

The second half told a much different story as the Panthers came out with a much better offensive effort. It took a while for the Panthers to get things going as the team fell behind by as many as 36 points before making a comeback effort. The Panthers were able to put on a solid second half run when a jumper from junior guard Allen Hatchett with 2:48 left to play capped a 7-2 run by the Panthers that pulled the team to within 27 points, 75-48. However, there was quite not enough time for the Panthers to pull out the win and the team finished the day with the 77-53 loss.

With the loss, the Panthers fall to 1-5. The team will return to action, Saturday when the team hosts the Benedict Tigers in the final game of the inaugural Paws Up HBCU Classic