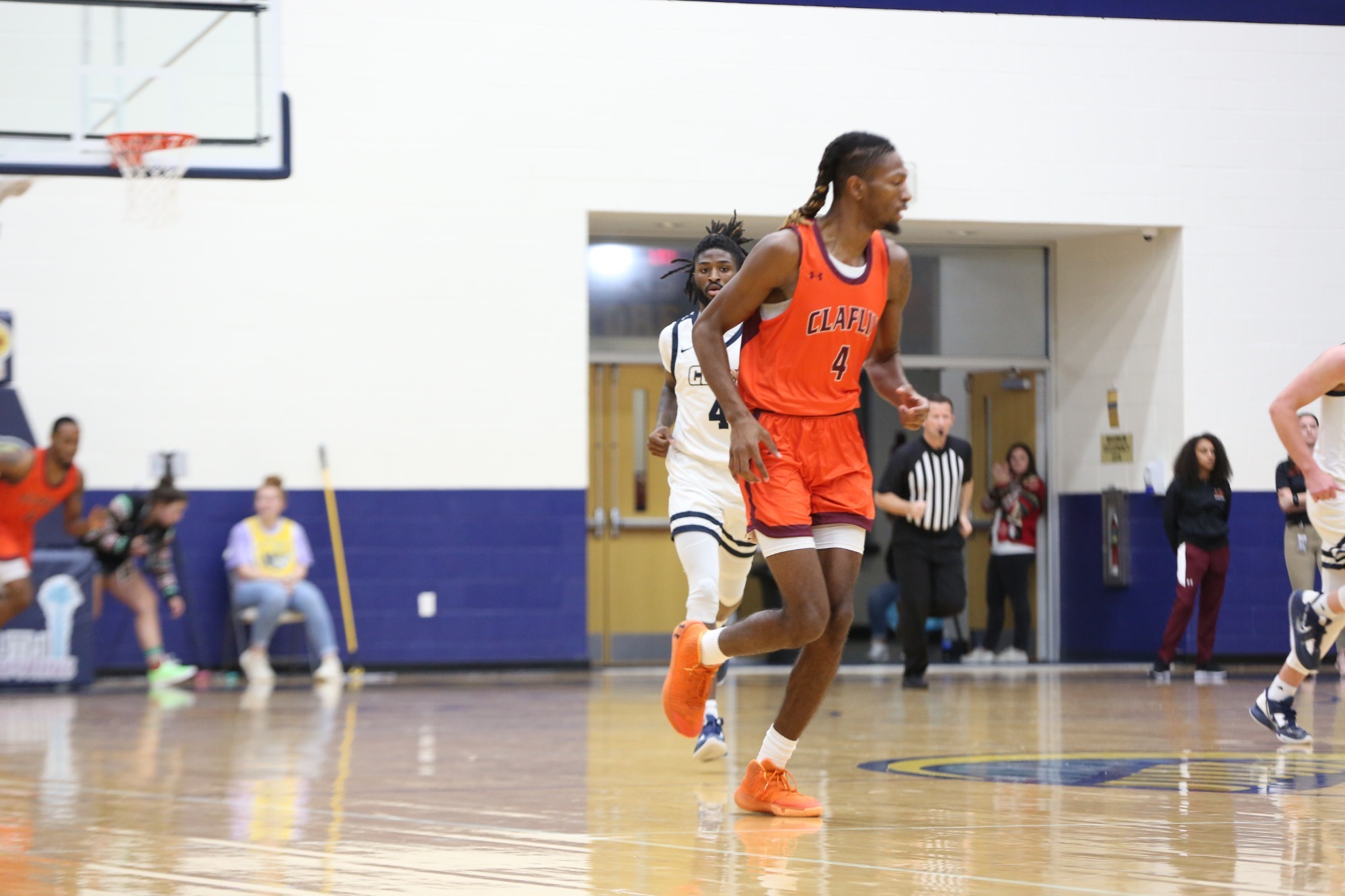 BOWIE, MD (January 7, 2023) – The Claflin Panthers (12-1, 4-1 CIAA) got a key road win, Saturday afternoon when the team held off the Bowie State Bulldogs (4-13, 2-3 CIAA). Though the Panthers controlled the entire game, the team needed every bit of effort they could muster to pull out the victory.

The Panthers took the win behind a great overall effort. Offensively, the team was especially efficient as they shot 48.3% (29-of-60) from the floor, despite shooting just 21.4% (three-for-14) from the three-point line. Claflin junior guard Jailen Williams led the Panthers’ attack with 13 points and a team-high seven rebounds in the game. Junior forward Timothy McElroy added 13 points with six rebounds. Both players recorded a steal each as well.

In the second half, the Panthers continued to control the game, but they had to fend off a tough Bowie State team to claim the win. This time, it was the Panthers who got a slow start to the half as they allowed Bowie State to claim their first lead of the game, 41-39, with 16:41 left. However, the Panthers would answer in a big way as they went on to go back into the lead and built a 54-49 lead of their own after a Williams jumper with 9:49 left to play. From there, the Panthers saw their lead whittled down to one point several times during the final minutes, but the team never fell into a deficit. Williams would go three-for-four on free throws in the final minute of the game to claim the 77-75 victory.

With the win, the Panthers improve to 12-1 overall and 4-1 in CIAA play. The team will return to action, Monday evening when the team heads to Pennsylvania to take on the Lincoln (Pa.) Lions. For more information on Panthers basketball, contact the Claflin University Office of Athletics Media Relations at (803) 535-5548 or log on to www.athletics.claflin.edu.